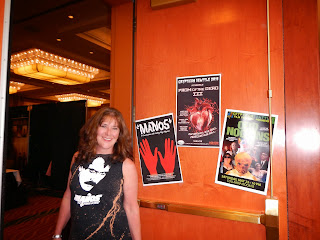 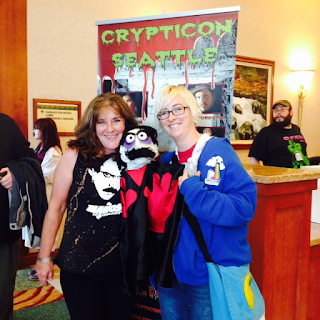 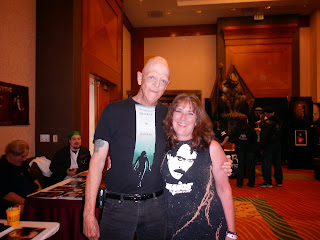 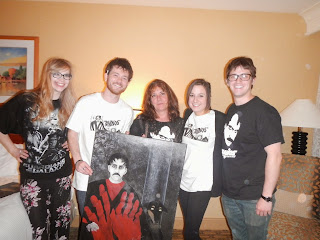 As you might have surmised, I am gearing up for next year and the 50th anniversary of Manos: The Hands of Fate.  2016 will see both Ben Solovey's HD Bluray Restoration of the film and my book "The Untold Story of Manos: The Hands of Fate".  Who knows what other projects could arise by then?  I vote for a ManosCon, but that will have to be up to people much more organized and funded than myself.  If anyone is up to that task, please be sure I get an invite.  In the meantime, check out my new website www.debbiesmanos.com and thanks for reading.
Posted by DebbiesManos at 10:16 PM No comments:

The Return of Debbie

I'm back here posting after nearly one and half years.  It's not that I had nothing left to say, it's that life gets in the way.  My art, family, relationship and all the normal things in everyone's lives.  Turns out, I have lots more to say on the Manos subject.  I had wanted to write a book for years but just didn't know where to start or how to go about doing it.  I put feelers out on Facebook from time to time looking for someone who could help me.  During the process, I met a very talented woman in Chicago.  I'm in Oregon and I love how social media and technology opens previous boundaries of communication, because she is perfect, and more than anyone I was hoping for.  She is an accomplished editor of many years and a published author of four books.  She's also a huge Manos fan and has become a good friend.  Together, we are co-authoring "Little Debbie Reveals All.  The Untold Story Of Manos: The Hands Of Fate", a behind the scenes book of my favorite family film.  Speaking of my own family, of course.   Laura Mazzuca Toops and I began in October and are well on our way to getting the book done.  We have found a fabulous publisher with Bear Manor Media.  My personal goal is to be done with the manuscript by the end of this summer and hope the book can be published by the beginning of 2016.
When we began, I thought it would be just about my memories and my dad's and maybe memories of a couple other folks I already knew.  This thing has grown into so much more.  I have done a tremendous amount of research and have unearthed so many things I had not previously known.  I have discovered other things I thought I knew and was wrong about.  This is truly a labor of love and I can't wait to share it with you.  And, in case you didn't know already.  2016 is also the 50th year anniversary of Manos: The Hands of Fate.   The Hands of Fate have a life of their own and it is the will of Manos this book be done.
Posted by DebbiesManos at 2:27 PM No comments: