Here are a few of the many  highlights and milestones that Manos: The Hands of Fate has enjoyed in just the last few years.  After it's initial release, the 1966 film was remembered only by those who took part in it and was quickly forgotten by those who had actually bought and paid for a ticket to see it.  Many years passed until  in 1993, Mystery Science Theater 3000 brought it to public consciousness on Comedy Central where it quickly became a cult movie favorite lovingly referred to as "The Worst Movie Ever Made".  It maintained it's status through the years as more people shared it or forced their friends to watch all or at least part of it. Alcohol was often involved in the coercion.

In Jan 2006, Brian Koch presented his  stage production of  Manos.  It debuted to friends and family and ended up playing to sold out crowds in Portland Oregon. Manos: on Stage in Portland 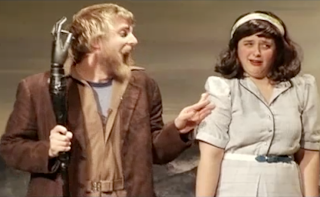 In 2010 Rupurt Munch cast a Manos sequel that included all the original living able bodied Manos cast members and a few other notable folk. www.torgolives.com (That project appears to be on hold indefinitely) 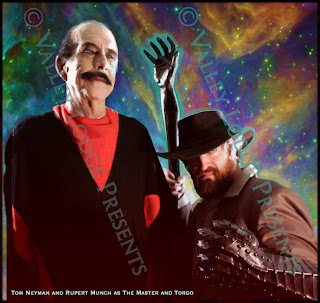 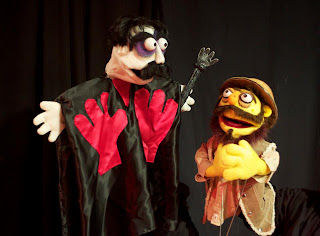 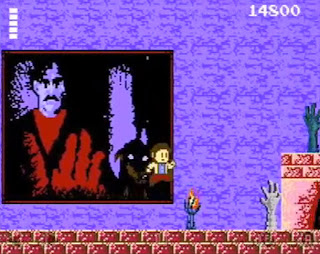 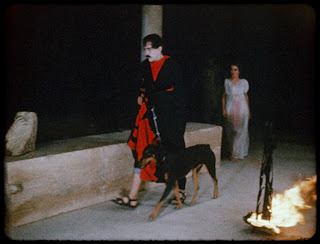 and later that month on August 16th, Rifftrax did a live riffing of Manos in Nashville Tennessee and simulcast it to 500 theaters nationwide. Rifftrax Live "Manos" The Hands of Fate 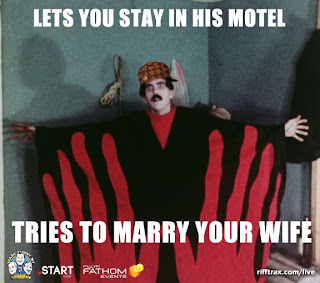 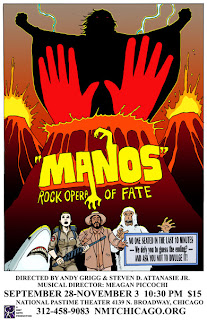 The stage production is back in Portland Oregon again and this time, I get to be involved.  The character of Debbie will be played by a puppet (not to be confused with the puppet theater version).  For the first time in 46 years I get to do the voice of  Debbie.  Of course, now I'm the middle age woman dubbing myself.  Poetic justice. 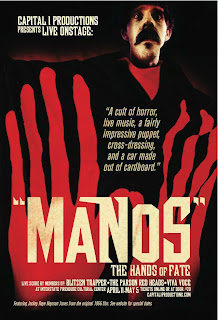 Manos: The Hands of Felt will also be back on stage this year in Seattle, Washington in August.  I will absolutely be there.  Maybe, if I'm really lucky, I'll be allowed to have a hand in it somehow. My deepest thanks to all you followers of Manos and readers of my blog.  Interestingly, for the last few days, the country with the most readers after the United States is Latvia. Hmmm.  My readers are all over the world and I'm simply stunned at the interest, creativity and community this film has inspired. Thank you so very much!  The Master Approves.
Posted by DebbiesManos at 8:03 AM 6 comments: