Debbie and The Master Watch Manos Together

This next series of stories will delve into areas thats I've talked at great length with my Creator about.  I've palavered and prayed, to decide the value (if any) of sharing them with the Manos fans and the public at large.  What purpose does it serve?  I'm a private person but I somehow believe that in doing so, at least one person may relate and benefit from my words.  I also know this to be cathartic in my relationship with myself, family and the world at large.  In the most surreal of ways, Manos has revealed more to me about myself   than any counselor could provide. I risk overstepping boundaries others may wish to impose on me and yet it feels important to do.  Time will tell. Here goes. 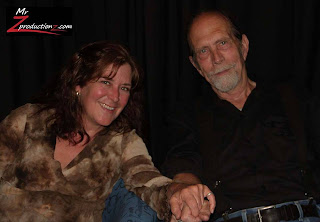 
You would think that having time with my dad after believing I would never have any more, would be healing.  It has been and I'm more grateful than words can express and yet it never seems to be enough time.  I thought I was good with what I got until he didn't recover from recent surgery as well as he had hoped and then, when I saw him in a weakened state, I felt frightened at the prospect of losing him. But it didn't really hit until I heard he had returned to the hospital with breathing problems. I panicked, I dissolved, I couldn't breathe. The family situation is such that he and I only see each other by chance on the street or in neutral territory by appointment set up by a neutral party, a friend. I have said to this friend. "Do you realize you are the only person who is granted direct access to "The Master?"  He basically gets me access and I then pass on some of that to you all.  It's not easy, but it works in a weird sort of way.  It's been this way for years.  I don't feel able to contact him directly and can't imagine being invited to his home. So the realization that at some time I won't be able to ever see him because he won't be able to be out and about is devastating, to say the least.  I get what I can and cherish every moment.  Thankfully, my dad is looking and feeling better now.  He's one of the most resilient people I've known.  My fears are tamped down again for the meantime.

Manos: The Hands of Fate has been the catalyst to spending more time with my dad.  It seems to be the accepted activity we can do together.  I don't know why this is, but am very appreciative of it.  We recently had a wonderful visit while doing audio commentary for Ben Solovey and the Manos Restoration.  We sat down and watched it together for the first time since the 1966 premiere.  My favorite moment during the screening was when he turned to look at me and said "Oh Lord!  This is really bad."  Cracked me up.
I love my dad.